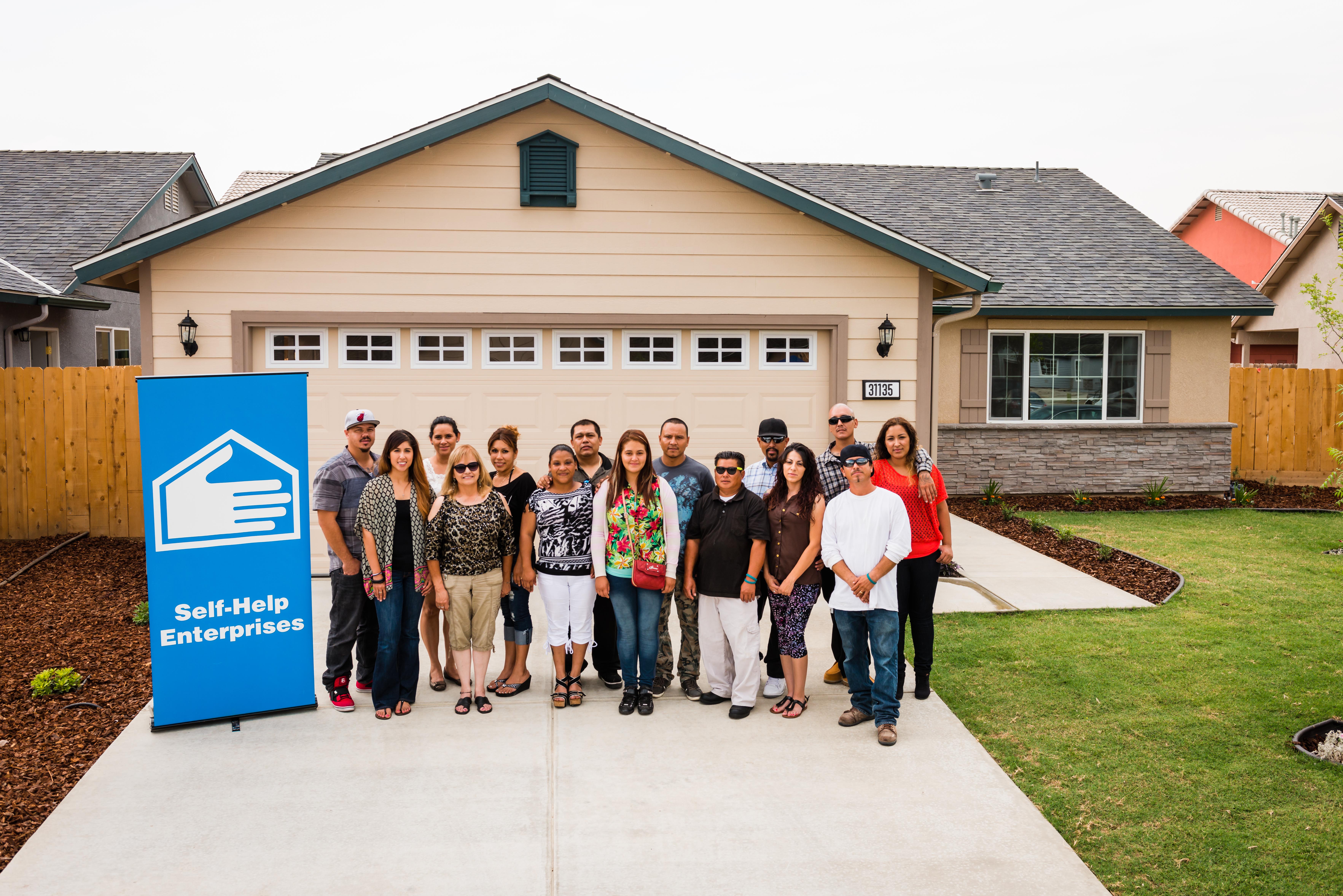 Nine families became homeowners on Wednesday in Goshen after completing construction on theirs and others’ homes.

The rain dropped down just after they had the keys to their new homes in hand, but it didn’t dampen the spirits of nine families now enjoying life in the homes they built with their own hands.

Representatives from Self-Help Enterprises, which helps low-income families achieve the dream of home ownership by using sweat equity over cash, welcomed the new families in a ceremony under cool skies Wednesday.

Tom Collishaw, president and CEO of the organization, said the group worked together for the past 10 months building their own and each others’ houses.

“That’s the way it works,” Collishaw said. “It’s shared labor. Nobody moves in until all the homes are done.”

He added that most families could not become homeowners any other way.

He said the roughly 10 months it takes for these families to build their homes is a tough year because of the time commitment. Each family must commit to 40 hours of work a week, even if those hours have to come from friends or family who support their dream.

“It ends up being a very communal effort,” he said.

A total of 77 homes are planned for the Goshen Park Village project; 40 have already been completed and have families living in them. After today’s nine, 28 remain to be completed. Of those, 19 are in various stages of construction with the families already selected for those homes.